Nima Abu-Wardeh is an award-winning broadcast journalist with a background in BioMedical Engineering. Regarded as an opinion leader, she is approached by think-tanks, the corporate world and government entities for her insight. Nima regularly chairs and is a speaker at regional and global gatherings and has worked alongside the United Nations and the World Economic Forum.

Nima enables people to empower themselves. As the creator of S.H.E.Strategy – a practical program keeping women Seen Heard Empowered so they can sustain their version of success, change their daily behaviour with money and set themselves on the path to financial empowerment and their own sustainability. She writes about money and life as a weekly columnist with The National, the UAE’s flagship newspaper.

Nima Abu-Wardeh was born in the UK and is of English, Irish and Arab heritage. 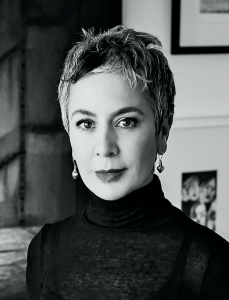 ““Nima Abu-Wardeh is a dynamic, engaging, and thought-provoking moderator and presenter. We had the great pleasure of working with Nima for the global re-launch of our gender equality and diversity network, RIISE. Her ability to connect with a diverse audience, which included senior executive leaders as well as operational leaders, throughout the conference, elevated the quality of discussion and interaction among our invitees

“On behalf of the Financial Times, I would like to thank you for your invaluable contribution to the Visa-FT Financial Literacy Lunch Forum in Dubai earlier this month. Your passion around the issue of financial education was clear and your comments helped give the discussion great momentum.”

Click the image to view our speaker's figured talks